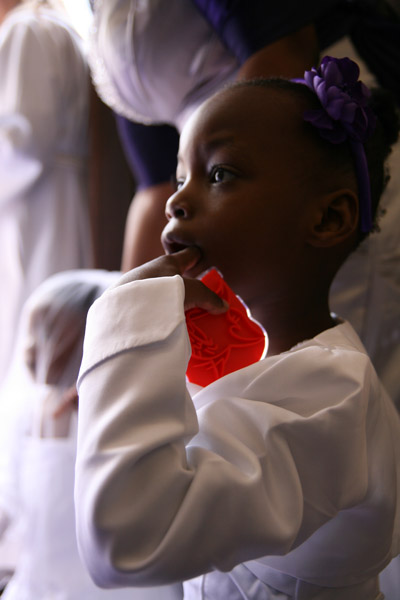 This month’s image is from a wedding I photographed (in my usual documentary style) earlier this year. This one left me in something of a quandry when it came to editing – as to whether  to convert to black and white, after carrying out a quick fix of contrast and levels, or leave it in colour. The red object she is carrying is rather distracting, as is the rim lighting around it. I could have adjusted this, but decided to leave it as it was. The reason the image appealed to me was  the way the light strikes her forehead, her concentration on what’s happening out of frame, and the narrow depth of field. The picture has its flaws, but I rather like it the way it is.