This is a case of exploring the boundaries between wedding photography and street photography! I’ve always taken the view that what you learn from being a street photographer can be applied creatively to weddings. It’s the matter of immersing yourself in the action, looking for new angles, not being reluctant to focus on how people interact, capturing something real and dynamic.

Well, I had the chance to put some of this into practice in June this year while having a short break in Berlin. Wandering around the Neukölln district of Berlin one afternoon and heading nowhere in particular, in fact feeling rather bored, I heard a commotion down Fuldastraße and went to take a closer look. This turned out to be a wedding celebration in full flow: firecrackers, a red and white costumed marching band, and someone firing what looked like a starting pistol – I got into the thick of it and followed the wedding group along the street, trying to dodge the firecrackers and take pictures at the same time. This was great fun – even though I wasn’t entirely sure of the identities of the bride and groom, they didn’t seem to be together much, though I’m fairly sure the bride wore bright blue.

After about 300m the group came to another building and – after more noisy and exuberant celebrations in the street – went inside. My final pictures were of the wedding car parked outside.

In the end, I was really pleased to have captured some dynamic images in the street that I feel really capture the atmosphere of this occasion.  I went up to a group of men and they told me they were Arabic; I didn’t know. 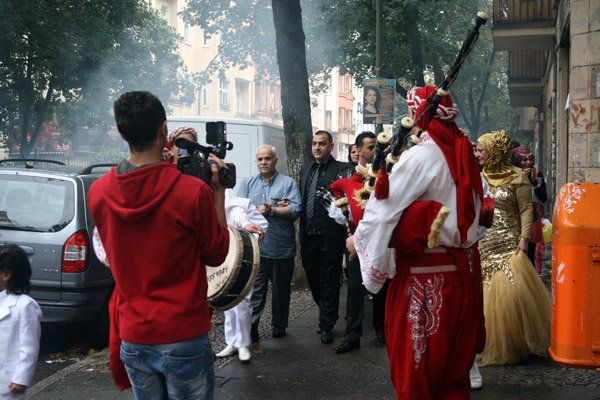 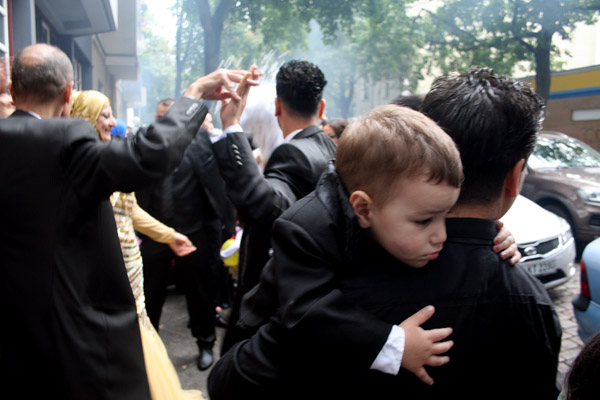 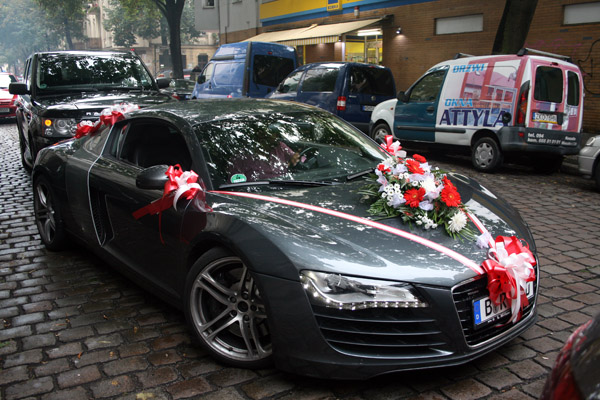